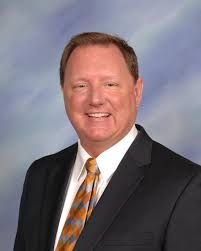 When P.J. Samorian was hired to head the Speech and Debate program at American Heritage School, he and one assistant taught three classes on the Boca/Delray campus and two classes on the Plantation campus.

Five years later, Mr. Samorian, who hails from Chicago and is a founding faculty member of the Harvard Debate Camp Workshops, oversees five full-time teachers who instruct eight classes on each campus, along with the assistance of speech and debate coaches for the competition teams.

"It has exploded," he says.

And the benefits to students are enormous.

In the short term, students learn about the world and themselves, Mr. Samorian says. In the long term, they gain those skills, "plus friendships and connections students make with students from other schools."

Speech and debate also develops students' critical thinking skills, as well as an ability to express themselves with clarity.

Mr. Samorian says when it comes to speech and debate, it takes more than innate talent to be successful. "All of our coaches are highly skilled in their areas of expertise. We look first and foremost for students who are open to growth and who are dedicated."

Soon, more AHS students will have that opportunity to test their mettle as the program has expanded into Lower School.

As for the future, Mr. Samorian aims to host a national tournament on both AHS campuses, as well as have classrooms dedicated to speech and debate. But he's most proud, he says, of what the school and the students have been able to accomplish in the last five years.

"Just the growth of the program has been incredible to watch," he says. "Many would say (success) is having a state champion or national finalist, yet sometimes it is a student who doesn't win an award but has learned a skilled or reached their potential."