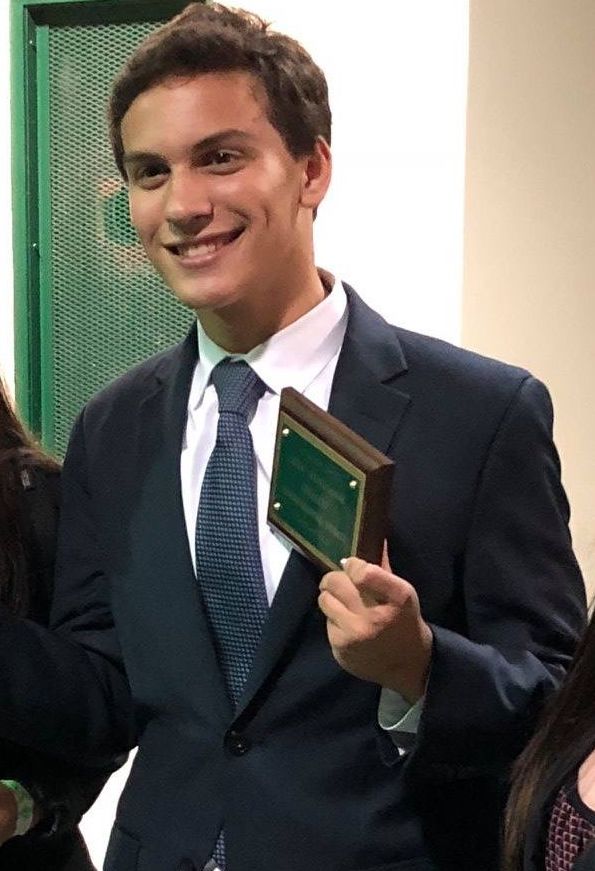 Jonathan with a fellow teammate after a Speech and Debate tournament

Jonathan Bogen, 10th grader, doesn't shy away from research. This tendency to dig deep makes him a great teammate on American Heritage School's Speech and Debate team in Boca/Delray. It also ensures he's a fearsome competitor in his own right.

Jonathan's dive-right-in strategy seems to be working. The sophomore, who competes in Congressional Debate, has qualified to participate in the Tournament of Champions, a national high school debate tournament held at the University of Kentucky every year the end of April. The tournament is considered the high school World Series of the national Speech and Debate circuit.

"I got involved with the debate team in the 7th grade after placing second in the middle school speech competition and gaining a new-found interest in public speaking," Jonathan says. "I enjoy the ability to share my ideas with my peers and openly discuss them in an environment that favors intellectual thought and logical reasoning."

Jonathan says he hopes to compete in three or four local Speech and Debate tournaments this year, and seven national tournaments. His specialty is argumentation. To prepare, he says he gathers tons of information on multiple topics and prepares to deliver arguments in the highly stressful and competitive setting. "I believe this (argumentative) ability comes from how I need to be able to understand a concept before being able to expand upon it and apply it."

His Speech and Debate advisor on the Boca/Delray campus, Bo Lint, sees other important qualities that lead to Jonathan's success. Jonathan possesses the unique ability to compete mentally (beyond the requisite skills)," Mr. Lint says. "He understands strategic thinking, knows how to focus when focus is required, and invests the time and dedication necessary to reach the highest level of this activity."

Participating in Speech and Debate hasn't only sharpened Jonathan's public speaking skills, it also has allowed him the opportunity to follow in his father's footsteps. Mark Bogen was just re-elected to the Broward County Commission. Jonathan, meanwhile, has been chosen to serve on U.S. Rep. Ted Deutch's Congressional Youth Cabinet, which gives him the opportunity to see firsthand how America's political system works.